It’s been a while since Brian and I have sat down and talked. Really talked. Reacting to cancer has been like a tide rushing in – all we can do is scramble to take action. I’ve been noticing how emotionally distant he is and adamant to get time to himself. I get that. He’s under a butt load of pressure to keep everything going, make the kids feel like they’re still kids and hold down a job. Of course he needs a break. I’ve been too exhausted to be impatient about waiting for him to connect with me. But today, he did, saying that he’s been putting his mother’s face on my situation. Duh. Why didn’t I think of that?

His mom died a few years ago from ovarian cancer. Despite being 3,000 miles away, Brian took her to chemo treatments, doctor appointments and helped her through her last excruciating days. He was her caretaker. He doesn’t want to do that again. When she died, a giant hole was left in him. He doesn’t want to go through that again, either. I get that, too. But I do feel guilty about all of this. Even though I religiously went to every mammogram appointment, I apparently couldn’t keep this from happening. I feel bad that the situation is so painful for Brian and the kids. Some things are slightly less painful – like selling Brian’s super-rad car. That’s being responsible adults. The other things- like not having the energy to walk the kids to school – that’s painful.

We were looking around Zenana Spa when a young woman behind the desk told me she had cancer as a child. She said you go into survivor mode; then one day, the tidal wave of feelings catches up and you have to relive the thing and allow yourself to feel it this time. Hooray, sounds like more therapy is in my future. Who knows where we’ll be when this is over. I’m determined to be better off, one way or another. For now, we re-connected over a latte and peanut butter cookie. I’m happy for that.

1- My dad and his wife are coming out to see us. I’m super happy about that too. It feels as comforting as all the times he used to drive for miles on his lunch break to see us if we were sick at home by ourselves. Sometimes, he’d bring root beer.

2- Livvie wrote me a thank you note, saying how much she loves the loft bed I made her. (You know, the one where I spray painted myself.) Meanwhile, Brian expressed his horror that chemo was turning me into a crafty lunatic. They’re just exhausted from a tough day of rollerskating.

3- We used the “spork” of pizza cutters my dad gave us for Christmas – part pizza cutter, part spatula. Made quick work of pizza consumption. 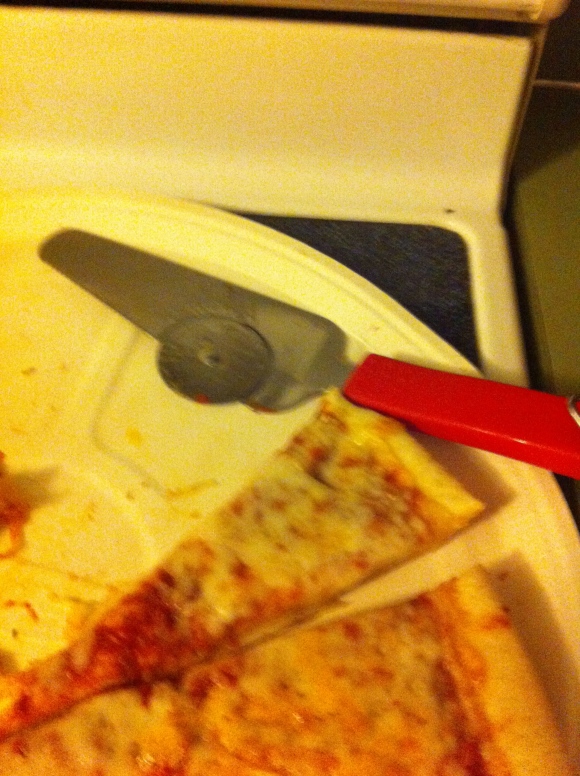 4- Mark and Maria’s kids gave me a Star Wars Ventress figure – they think I look like her! They’re right. All I need is some black lipstick. 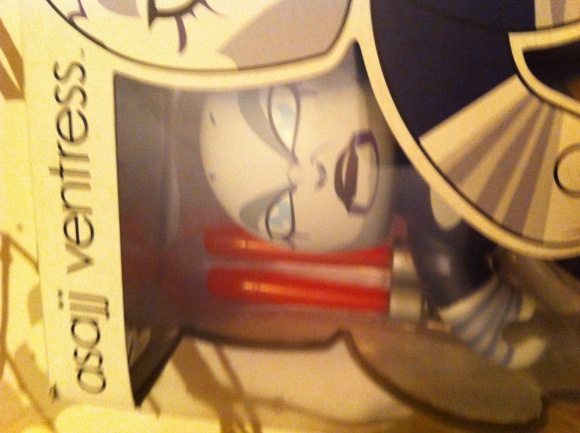